Tree of Compassion brought veterinarian Dr Howard Ralph from Australia to Nepal for urgent surgery on Osel, a goat at the Animal Liberation Sanctuary. The visit also gave the opportunity for Dr Howard to assist with other animals at the sanctuary, give lectures for veterinary students in Kathmandu and help a local animal shelter with some difficult cases. This is the third time we have brought Dr Howard to Nepal as some veterinary methods, particularly fracture management and pain management, have resulted in poor outcomes for the patients. 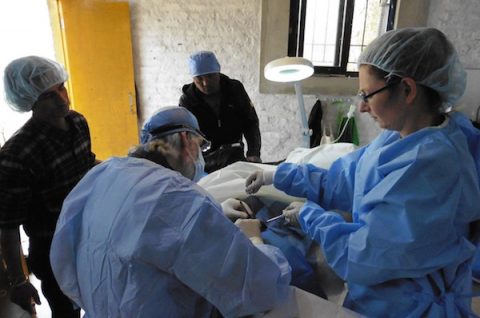 Surgery to save Osel’s leg

Osel was originally rescued on the day of the devastating 2015 Nepal earthquake. This year he had a complicated fracture that was not healing. Without appropriate surgery he would have lost his leg as unfortunately in Nepal orthopaedic surgery is still a rare thing. The Animal Liberation Sanctuary is a no-kill shelter for rescued animals and is part of a Tibetan Buddhist Monastery, Kopan Monastery. Dr Howard Ralph and Tree of Compassion Director (and Sanctuary Coordinator) Tania Duratovic, along with Sanctuary veterinarian Dr Umesh Mandal, Sanctuary Manager Pema Sherpa and Coordinator Phil Hunt prepared the Sanctuary’s treatment room for the operation. Osel was first sedated then placed under a general anaesthetic. Dr Howard and Tania established a sterile field and opened up the wound, removed dead and loose bone and tissue, cleaned the area, dressed the wound, and then applied a secure splint with lots of padding.   Pain relief and appropriate antibiotics were given. A week later, under anaesthetic, the wound was checked and re-splinted. Osel is responding well and with proper care, should heal well in the next month or two. A short video shows more on the surgery. 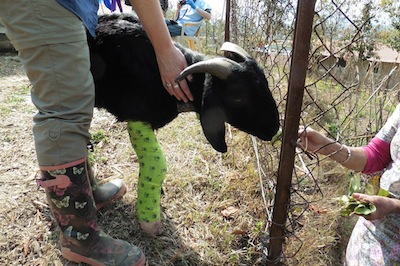 Osel after surgery enjoying a snack

Other animals treated at the Sanctuary included Rabten, who had a large abscess on his cheek that was surgically curetted and drained. Advice on some ongoing issues was happily received. 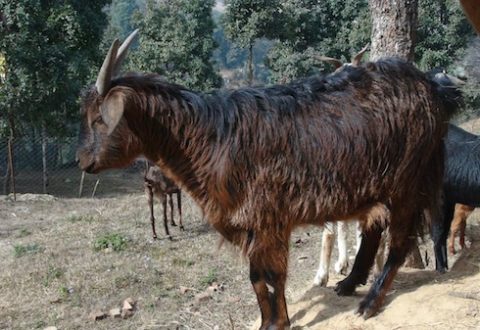 Rabten who had an abscess surgically drained

Dr Howard also gave lectures to Nepalese veterinary students at a veterinary college in Kathmandu on pain management and fracture management. There is still some confusion about these topics in Nepal. Pain management is generally inadequate and poor fracture management has often lead to unnecessary amputations. The lectures were gratefully received and we are pleased that they generated much interest and discussion which will benefit current and future treatment of animals in Nepal. 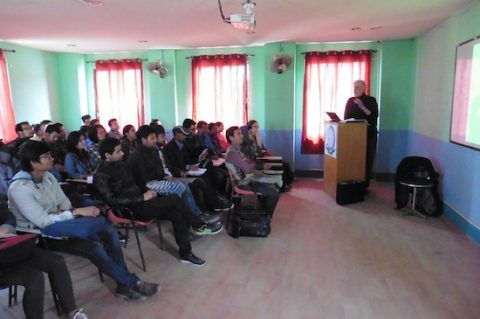 As part of his busy schedule, Dr Howard was invited to provide advice and assistance at a local animal shelter where Animal Liberation Sanctuary vet, Dr Umesh Mandal is also a visiting volunteer veterinarian. One rescued street dog had a poorly managed fracture and wound that was quickly and carefully treated to offer immediate relief and longer term healing. Advice was also given for a newly rescued calf with fractured pelvis and tibia after being struck by a vehicle. Other resident patients were also seen. 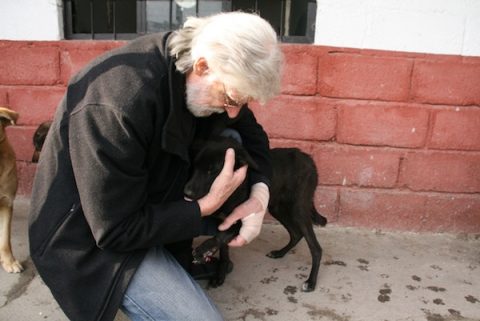 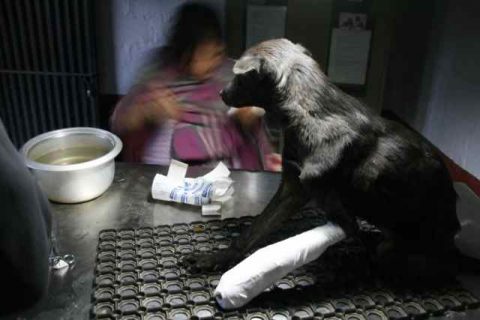