Tree of Compassion asked eminent protected areas champion and Ocean Elder, Graeme Kelleher, for his thoughts about World Oceans Day (June 8th) and the situation facing the coastal environment. This is what he told us:

“The major problem with World Oceans Day is that it should be every day. The world’s living systems depend on the oceans, which determine climate, weather and the survival of over one billion humans who depend on the seas. In fact, all world’s life started in the sea and if it is not maintained all animals in the world will be threatened, including humans.” 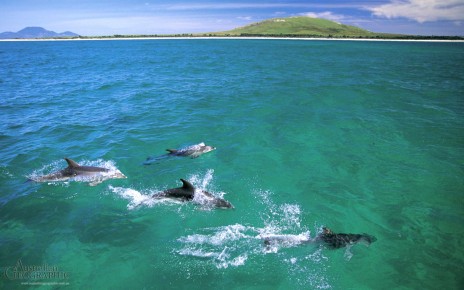 World Oceans Day is an opportunity to celebrate the importance of the oceans. The theme for 2013 & 2014 is: “Together we have the power to protect the ocean”.

For this year, the organizers are also asking people around the world to make a promise for the oceans. However, as Graeme Kelleher points out, the oceans are of such importance that we should be treating every day as being World Oceans Day. Think about how your behaviour may contribute to the harm of the oceans and its inhabitants, and then think of ways to reduce that harm. Then make a commitment to follow through.

Please watch this inspiring video about the recent announcement for the world’s largest network of marine reserves – and make a promise to help ensure that the oceans get the help and protection they deserve!

Go to Ocean Elders for more information about how to help the oceans and seas that the world depends on.

Very hot weather can mean pets and other animals can suffer from dehydration and heat stress. Many young Grey Headed Flying Foxes have already…