Today is World Refugee Day and this morning we were fortunate to be in the presence of one of the world’s most famous refugees, His Holiness the Dalai Lama, at the “Happiness and Its Causes Conference” in Melbourne, Australia. 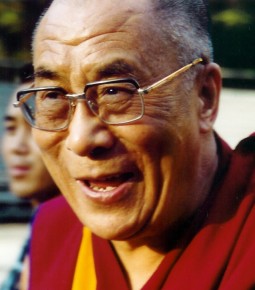 His Holiness, in his usual humble way, didn’t place any emphasis on his own refugee status but preferred to discuss broader issues, such as the importance of human affection to infants and education as a means of relieving people from cycles of poverty and violence. Compassion was also on the agenda.

All around the world, people are forced to flee their homes due to violence, persecution, and/or poverty. Take a minute to check out the UN High Commissioner or Refugees website on the issue and the next time you see someone who has could be labeled ‘refugee’, rather than judging them on a perception based on their appearance (skin colour, facial features, dress etc) extend your branches of compassion & see them as wanting to be free from suffering just like you.

2015 was another busy year for Tree of Compassion’s committee and volunteers. It began with continued work at the Animal Liberation Sanctuary, Nepal,…