Another jolt in the night. Those that were here for the first two big quakes are hypersensitive to tremors and confess they are not sure sometimes whether they feel an actual tremor or it is their imagination. People have described it like the molecules of their bodies are still moving around, affected by the movement of the earth. Two people from Kopan Monastery were caught in a courtyard surrounded by walls as the first earthquake struck. Knocked off their feet and struck by bricks they thought it was the end. Another was in her room and had made it as far as the door when the strongest zig-zag motion took effect. She clung to the door handle for support, recited mantras and expected to go down with the building. Another person who was on the road described how there was no way to run because it was difficult just to keep upright, like on a violently moving bus. 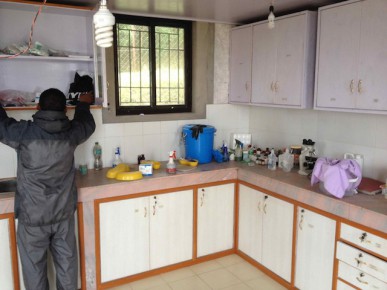 It is supposed to be the dry season and I had packed for dry and dusty conditions, not rain and mud. It shouldn’t rain until June. My rain coat is a back up only, old and thin and suitable for scuttling 50m to a shop or vehicle. The lack of food generally and particularly of open shops, cafes and eateries is also hampering our efforts because we miss meals. The mud makes motorbike travel slower and more unnerving.

However every cloud has a silver lining and in this area it is electricity. It has been on for nearly 24 hours straight (touch wood!). Nepal sells most of its hydro-generated power to India and as a result rarely has electricity available all day, so this must be a special arrangement to allow services to catch up. Internet is still painfully erratic and unreliable, and the phone coverage is as irregular as ever.

It feels like a good day to stay put, hide in a dry corner like the monastery cat Shamatha. But knowing there are animals in distress that could be helped means there is no time for us to rest and makes every delay incredibly frustrating. Yesterday several Israelis disaster response people were visiting the monastery. They were waiting for doctors to arrive before deploying. Sometimes in disasters, like in the Army, the phrase ‘hurry up and wait’, seems the most apt. 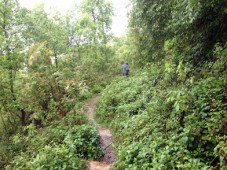 This morning it was business as usual at the Animal Liberation Sanctuary, tending to animals requiring care and ensuring day to day operations are in hand. We had to avoid the damaged track and take the longer track below. There is no permanent road access to the land and most things are brought in on foot. Returning we stopped at a lovely old traditional Nepalese mud-brick cottage that had been badly damaged in the earthquake. The owners were there along with some people from the government. They were assessing the damage and had just pronounced the building as unrecoverable. This decision allows the owners to move on but it means another piece of Nepalese heritage will be gone from the landscape. It still is such a beautiful house and framed beautifully with many flowers. The mother cow and her calf survived without injury but it will be many months of turmoil for the whole family no matter what decisions are made. 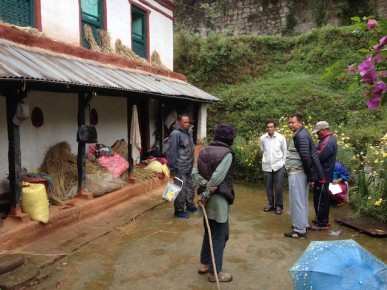 We had a request to visit the badly affected Bhaktapur area where there was extensive damage from the earthquake. Local veterinarian Dr Pranav had been virtually sleepless dealing with the many animals in distress. His staff had to all go home to help their families. Half a dozen cows with deep lacerations and injuries were treated and some others died. A festival was imminent meaning many people had goats with them to slaughter. He rescued one from the 7th floor of a severely damaged building at great risk. He has had to stop this kind of rescue as damaged buildings are still coming down due to the rain. 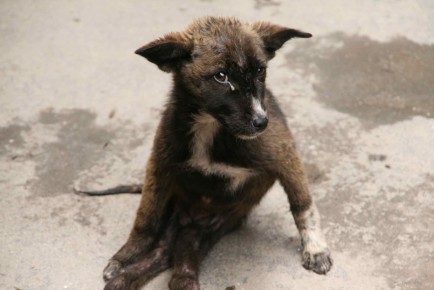 We gave him what medical supplies we could spare and will work to resupply him and assist his valuable work in the area. Once the immediate area has been searched and dealt with, we will join in patrols of nearby villages where there has been no veterinary/animal care support at all.

On our return to tend to afternoon duties at the Animal Liberation Sanctuary we surveyed different parts of the Valley. The damage is terrible in some places and others seem untouched. The most frightening scenes are the multistory buildings with extensive cracks or askew many degrees from vertical and the areas below are not fenced off. 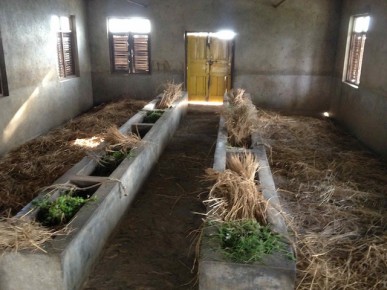 Tree of Compassion will be holding a stall at this year’s Vegecareian Festival, at the Great Stupa of Universal Compassion near Bendigo, Australia (Saturday,…