We had many jobs at the Animal Liberation Sanctuary today. Without power there was no way to pump water to the land and a generator had to be borrowed to allow the tanks so that we could get water to the animals. Fortunately it seems adjacent parts of the valley are getting power back on and hopefully the current stocks will last until then. 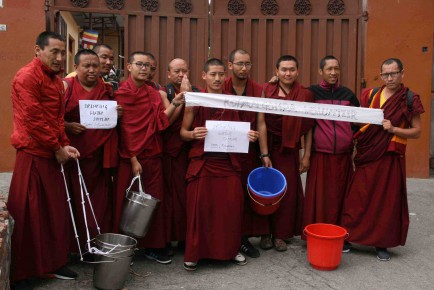 Day to day treatment of the animals includes the continued tending of Kalden the calf’s wound, although almost healed, some minor grazes on a couple of the cows, a touch of mites on Samadhi the goat, eye care for Tsultrim who had swelling to his eyelid, and Tamdrin with some discharge in his eyes. 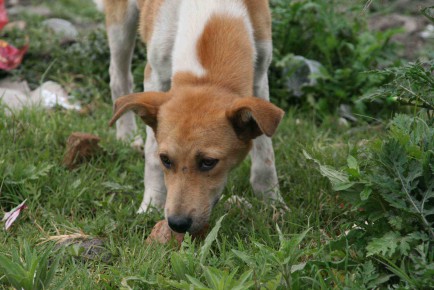 Pema the Manager is moving out of tent city and helping his father and family back into more comfortable accommodation. 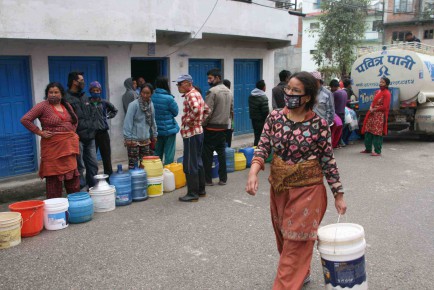 Most people here have endured rainy nights in simple leaky overcrowded shelters with limited food and water and poor sanitation. Those with damaged or destroyed houses are the worst off. The public path that is the main access to the ALS had been out of action or difficult to use for months due to nearby earthworks but recently had been fixed and improved. The earthquake has more or less closed the track again as a section of retaining wall collapsed with more teetering above it precariously. Sadder is the adjacent house, a traditional mud-built farmers cottage, that has collapsed in part and has deep structural damage. Other houses near the ALS have suffered similarly. The disruption to our daily commute is nothing to the inconvenience of those families and their animals. 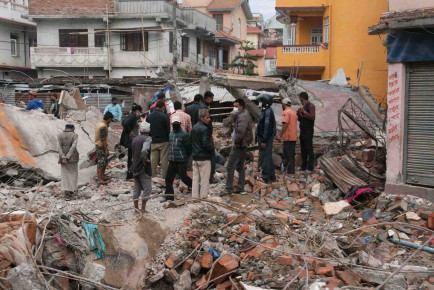 With the terrible fires occurring in Australia at present and the likelihood of further fire disasters over summer, Tree of Compassion has provided its…